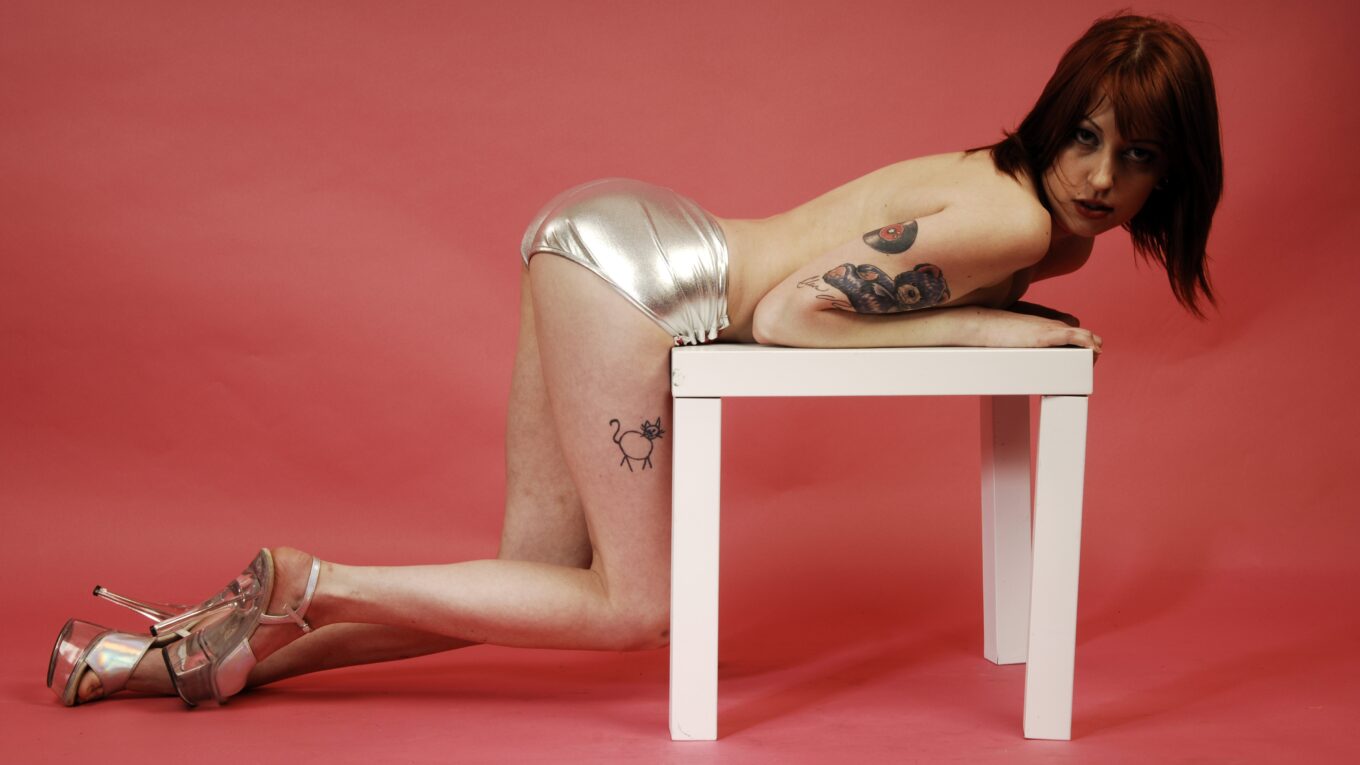 When Shankbone rings the bell of “HC & Co.” he has no idea what to expect. A BDSM (Bondage Discipline Sadism Masochism) dungeon is a legal enterprise in New York City, and there are more than a few businesses that cater to a clientèle that wants an enema, a spanking, to be dressed like a baby or to wear women’s clothing. Shankbone went to find out what these businesses are like, who runs them, who works at them, and who frequents them. He spent three hours one night in what is considered one of the more upscale establishments in Manhattan, Rebecca’s Hidden Chamber, where according to The Village Voice, “you can take your girlfriend or wife, and have them treated with respect—unless they hope to be treated with something other than respect!”

When Shankbone arrived on the sixth floor of a midtown office building, the elevator opened up to a hallway where a smiling Rebecca greeted him. She is a beautiful forty-ish Long Island mother of three who is dressed in smart black pants and a black turtleneck that reaches up to her blond-streaked hair pulled back in a bushy ponytail. “Are you David Shankbone? We’re so excited to meet you!” she says, and leads him down the hall to a living room area with a sofa, a television playing an action-thriller, an open supply cabinet stocked with enema kits, and her husband Bill sitting at the computer trying to find where the re-release of Blade Runner is playing at the local theater. “I don’t like that movie,” says Rebecca.

Perhaps the most poignant moment came at the end of the night when Shankbone was waiting to be escorted out (to avoid running into a client). Rebecca came into the room and sat on the sofa. “You know, a lot of people out there would like to see me burn for what I do,” she says. Rebecca is a woman who has faced challenges in her life, and dealt with them the best she could given her circumstances. She sees herself as providing a service to people who have needs, no matter how debauched the outside world deems them. They sat talking mutual challenges they have faced and politics (she’s supporting Hillary); Rebecca reflected upon the irony that many of the people who supported the torture at Abu Ghraib would want her closed down. It was in this conversation that Shankbone saw that humanity can be found anywhere, including in places that appear on the surface to cater to the inhumanity some people in our society feel towards themselves, or others.

“The best way to describe it,” says Bill, “is if you had a kink, and you had a wife and you had two kids, and every time you had sex with your wife it just didn’t hit the nail on the head. What would you do about it? How would you handle it? You might go through life feeling unfulfilled. Or you might say, ‘No, my kink is I really need to dress in women’s clothing.’ We’re that outlet. We’re not the evil devil out here, plucking people off the street, keeping them chained up for days on end.”